It is never too late to be what you might have been.
George Eliot 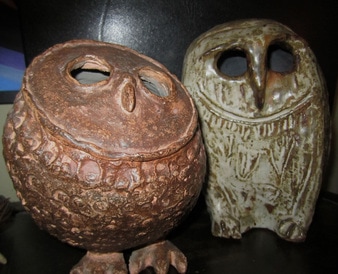 Two of my grandmother's pottery owl sculptures made in the 1950's which have accompanied me almost all of my adult life.
I was not a conventional child or teenager, and much as I have tried to be conventional, I have found it simply does not work for me. My creative influences have been numerous:  I had caring grandparents who let me play with clay in their pottery and sculpture studio. They also introduced me to their friends who were in the arts. They supported my interests in archaeology and the arts with classes at the Royal Ontario Museum, and trips to the Art Gallery of Ontario, (where my mother had at one time taught painting) the ballet, the Toronto Symphony Orchestra, and theatre. They also took me to the woods and fields to learn about the environment, and taught me about organic farming and wild harvesting.

Another major influence was my mother, an artist who, when I was about 4, took me to visit her friend who worked sewing costumes for the National Ballet. I was treated to choosing two shopping bags full of scraps: tulle, sequins, velvets, satins, lace - beginning my life-long love affair with textiles.

I grew up in the suburbs of Toronto in the 1950s, when girls were expected to conform to a feminine, frilly and pastel norm. Cultural roles were strictly defined. And girls simply did not play with construction toys, or mud, or trucks - never mind frogs, toads and snakes. Learning to make things was discouraged. Buying was the new world order... buying what other people had and wanted. And any child who stepped beyond the norm was shunned and bullied in school. I did not step. I jumped.

I attended an elementary school where the student who copied a picture exactly was praised, and I was failed for painting purple skies, red trees and blue butterflies; and a high school where I was refused permission to take art classes and music, and instead pushed into the academic stream. I gave up and just read what I wanted and wrote reams of poetry and stories, drew city and house plans and landscapes I never shared - and dreamed of so many possibilities that had locked doors. As a teen, I marched in anti-nuclear demonstrations, helped set up anti-racist workshops and got involved in actively supporting the Civil Rights Movement.

It was not enough. I was reading books well beyond the curriculum and many of my friends were in university. Bored, frustrated and depressed, I quit high school, and left home to live and work at a 1960s coffeehouse in Stratford Ontario - The Black Swan - at the epicentre of the 1960s social revolution, then moved to Ottawa and managed to get work at the Snow Goose Handicrafts store, working with the finest examples of craft from all over Canada.

Returning to Toronto, I then tried to live in both worlds at the same time - the conservative, and the creative, with some success and many failures. I worked in craft shops first, and then in research at O.I.S.E. developing skills in research, cartography, graphics and drafting as I moved up the ladder. Then another shift. 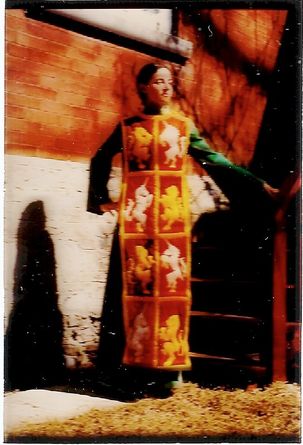 Moving to a small town as a stay at home mother, I discovered that once again I needed more - and proceeded to develop skills in textile work - going on to market my work through the craft shows that flourished in southern Ontario in the 1970s.

I became actively involved in the Southwestern Ontario Regional Committee of the Ontario Craft Council, and the local arts organization, participating in juried shows and sales, research, and policy decisions.

In collaboration with other artists and artisans, I became one of the founding members - and Coordinator of craftworkshop, a gallery and craft shop that was located in a downtown Guelph historic building.  It was an exciting time to be involved in the arts community. Our gallery/shop showcased both emerging artisans and artists who went on to bigger and better success, and established artists who wanted local gallery exposure. The gallery openings and events were well attended and were written up in the local paper several times a month.

Together we developed a collective model that had never been attempted, in spite of having to work around restrictive government regulations and against accounting advice. It was a successful and very lively experiment, until a mid-east oil crisis changed our local economic environment, with commuters retreating back to the big city. A collective decision to close the store while it was still successful was both difficult and necessary.

My own life moved me back to Toronto shortly after, and ensuing family crises necessitated major changes in my life, including the need to put aside most of my arts involvement until it was once again possible, although I never completely let it go. 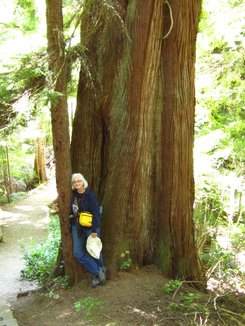 In my 40s at University, as a newly single parent, I was one of the class rebels, although I was more than 20 years older than most my classmates. Despite this, and perhaps also because of being the parent of two unconventional teenagers, I managed to achieve good marks and win awards. My daughter and son nagged me to do my homework, and I was in a race to finish my degree before my son finished his!

My degree is not in Art, nor in Film or Photography, nor is it in English - but rather in Urban and Regional Planning, with a minor in Health Promotion. My timing was bad, and there was little work in the field when I graduated. Once again, I adapted. Does my degree relate to my work in the arts? Absolutely. Will it show up in my Blog? You bet. My degree gave me a framework for everything that I observe, and the incentive to get involved in community development.

I ran my own business as a Professional Organizer for more than twelve years, and have worked in a number of administrative positions.  An active arts volunteer, I have organized and curated close to a dozen art shows, worked collaboratively in community on installations and facilitated craft/art classes. I have also and performed my work at open stages and a featured artist.

​I have had the opportunity to travel to Mexico City, Latvia, Estonia, Finland and Russia for work/study trips - and to the east and west coasts of Canada and to areas of Quebec. I love exploring other cultures, architectures and landscapes. As I go back to digitize my older photographs, some will be added to this website. I have seen some extraordinary things in my travels. British Columbia, Vancouver Island, and Charlevoix call to me in a way no other places have, and much of my photography is a journal of the soul of those places by the sea and mountains.

​I have learned that my creativity can be strengthened by adversity, and that education comes from many sources far beyond the school system. And now, I finally have the opportunity once again to immerse myself in the arts on a full-time basis - to combine my lifetime of ideas, insight, and skills with new knowledge. I welcome the challenge.

Other Things About Me: 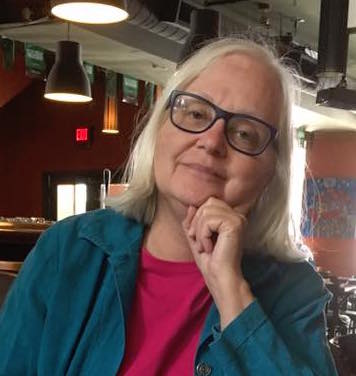 2017, picture taken by my daughter 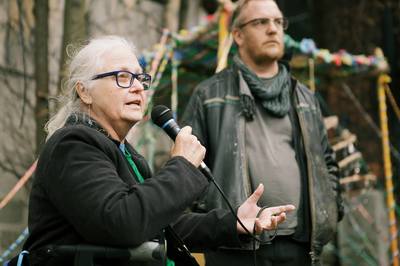 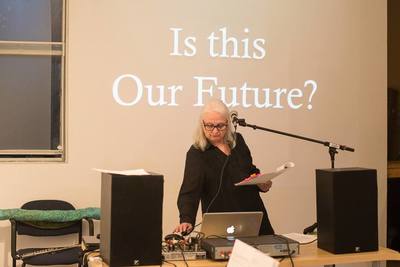 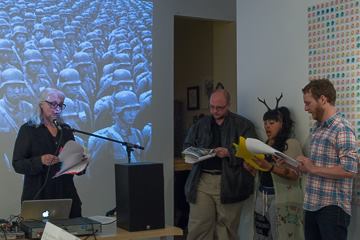 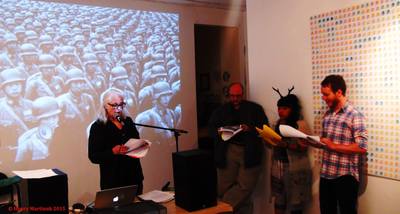 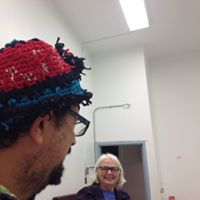 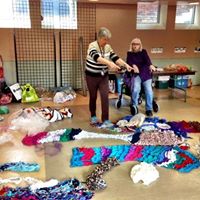 Before we assembled the Parkdale Social Safety Nets - with Dorothy 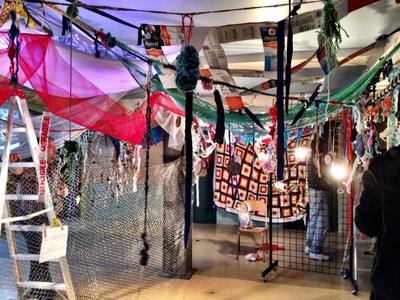 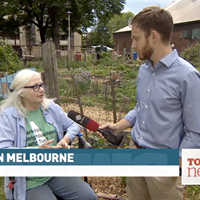 CBC Interview at H.O.P.E. Garden for the local news about the cost of food 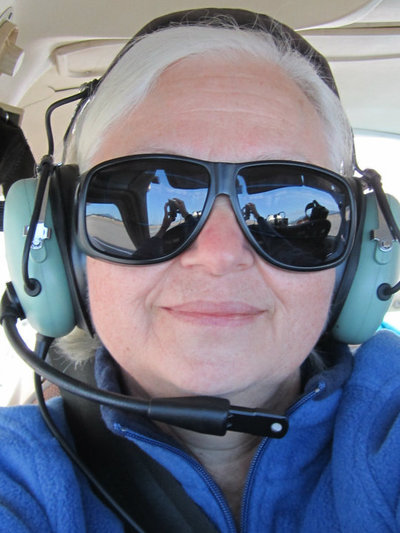 Flying over South Vancouver Island in a Cessna 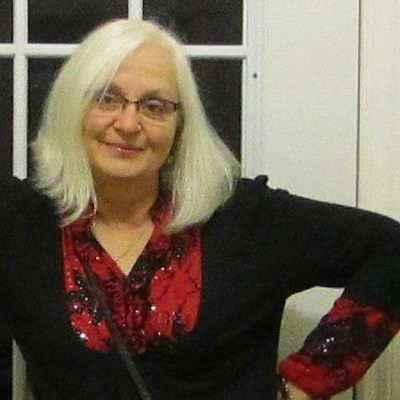 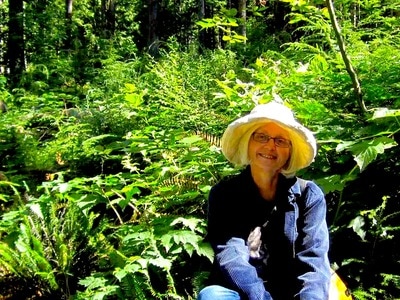 In the Rainforest, Vancouver Island 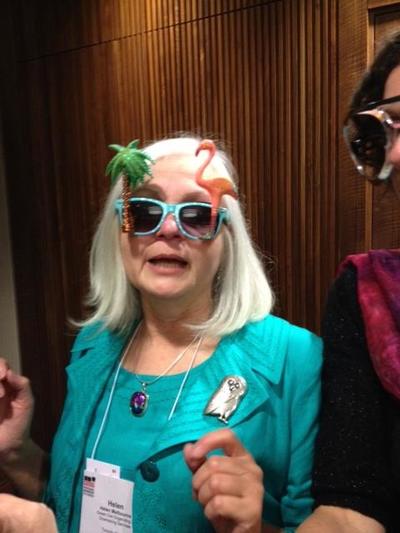 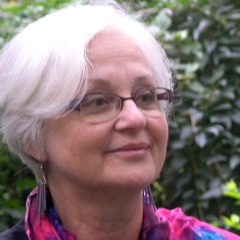